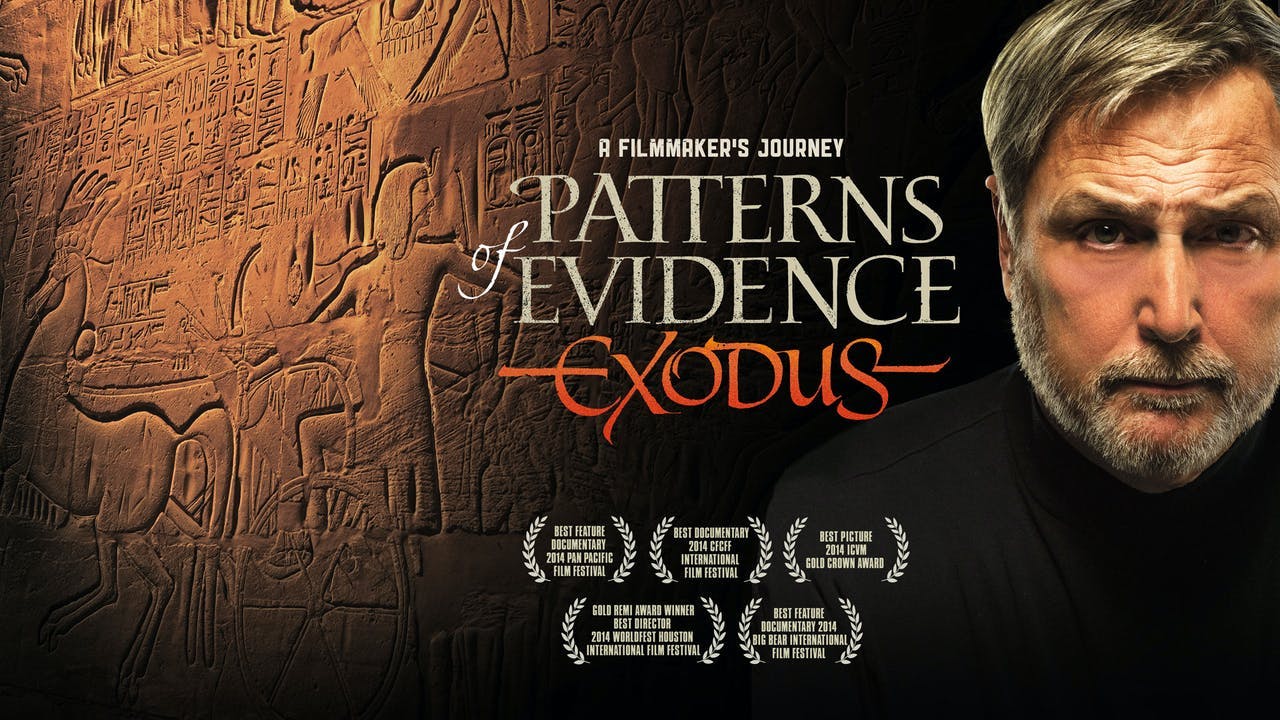 A debate rages over the credibility of the Bible. Most archaeologists today have concluded that there’s no evidence that the Exodus of Israelite slaves from Egypt ever happened. Filmmaker Timothy Mahoney faces a crisis of faith, “Is this foundational event of the Bible really just a myth?” He embarks on a 12-year journey around the world to search for answers.

Patterns of Evidence: The Exodus unlocks the mystery of this ancient saga, combining a scientific investigation with a retelling of the Exodus story to reveal an amazing pattern of evidence matching the biblical account that may challenge our understanding of history. Featuring stunning animations and a cast including Narrator, Kevin Sorbo (God’s Not Dead, Hercules: The Legendary Journeys), interviews with leading archaeologists including Israel Finkelstein, Kent Weeks, and David Rohl, and guest appearances by Israel’s Benjamin Netanyahu and Shimon Peres.